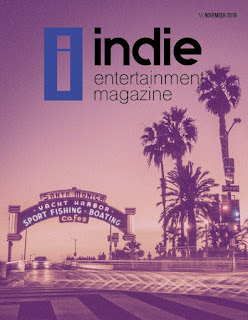 1.Bruno, you are a champion of global film and filmmakers. How did you first start on this journey?

I have a marketing background (HEC business school) and was working at JWT, an international advertising agency for the LUX toilet soap tagged ‘The Soap of the Stars’ and I researched its amazing history. The global brand had the same positioning since 1925 and put up a campaign with archives, videos, posters and ads, to which French media gave massive coverage.

I was then contacted by a headhunter search firm as Columbia TriStar Distributors in France were looking for a strong candidate with both marketing experience and a taste for film.

I was interviewed on the film Stand by Me by Rob Reiner, and got the job on the basis of the recommendations I wrote. I moved up from marketing director to managing director, merged 20th Century Fox and UGC and co-founded filmfestivals.com in 2000. Since then, I have been around festivals in many capacities and often consulted for filmmakers in need of a festival marketing strategy.

2.What were some of the top titles of the 250 films you launched, while working as marketing director for Columbia TriStar? Any highlights?

One of the highlights was Boyz n the Hood launched in Cannes, with the amazing satisfaction of contributing to building the career of its first time director through our work. The film earned two Oscar nominations. The Cannes presentation had an impact at the box office translating to an additional 40 million dollars according to the studio chief.

I was very happy to share this story (and how we built it) in Cannes this year with his daughter Justice Singleton. She came to walk in his very footsteps and I helped her to organize and navigate the Cannes’ madness. She told me, “Bruno you made my day the same way you did to my father’s’ Wowwwww!

I should also mention the films for which I was able to contribute with locally designed strategies and campaigns. These include The Doors, Dracula, Philadelphia, The Addams Family, Field of Dreams, Groundhog Day, Baron Munchausen, ID4 and others. Most had something to do with festival stories as well. Clearly, I cannot name them all, but loved them all, like children, so it’s hard to say which one is my favorite.

Pleasant recognition of my marketing contributions 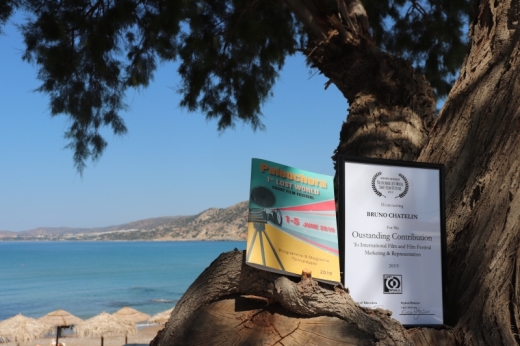 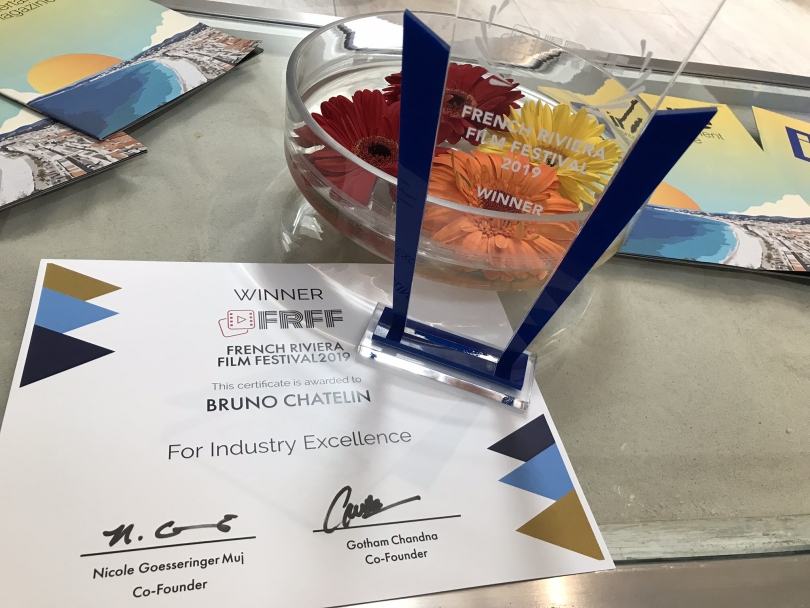 Both trophies where handed to me in 2019, a few weeks apart, the first one in Cannes by the French Riviera Film Festival, and the second one in Crete at the closing of the Lost World Film Festival

Very touched by both. 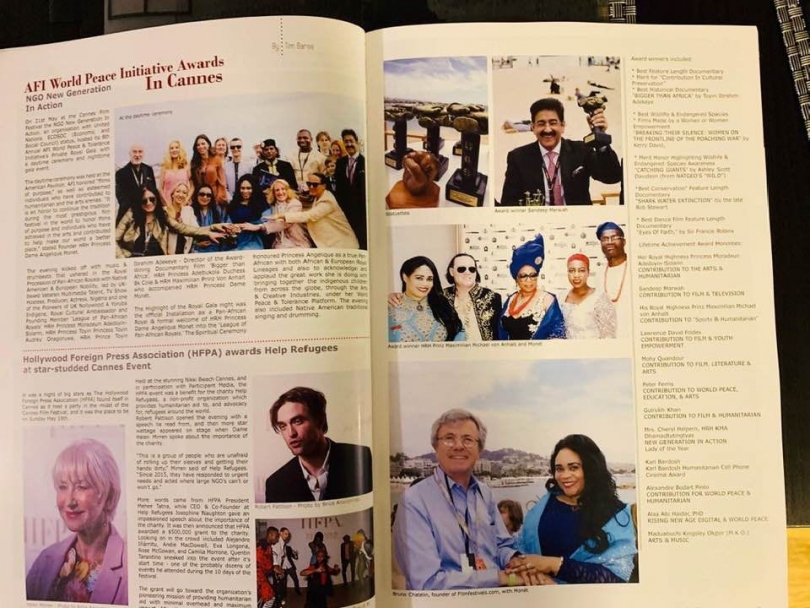 Two of my curated Best for Fests Sharkwater Extinction and The Mystery of a Buryat Lama Documentary by Elena Demidova received an award at 2019 AFI Peace initiative, here pictured with Angelique Monet
Article in Fab UK by Tim Baros.
No comments: