Filmfestivals.com Farewell to Jérôme and Jonathan "Au Revoir" from your festival peers 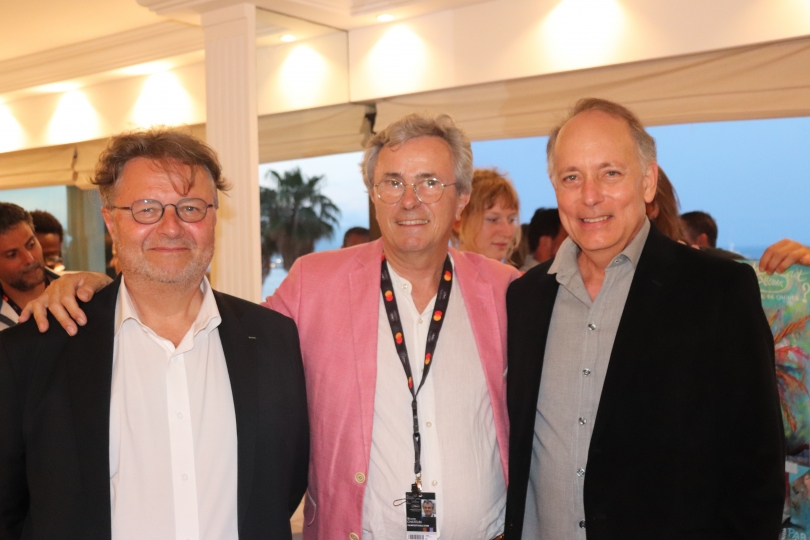 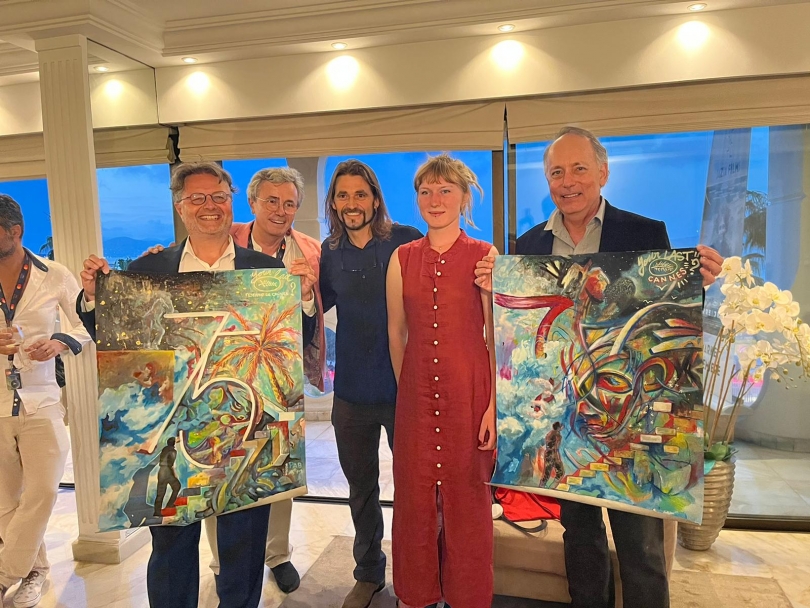 Jérôme Paillard and Jonathan Wolf attended the annual filmfestivals.com wine tasting reception for festival directors held at FilmHedge Terrace - 57 la Croisette in partnership with FILMHEDGE: the film fund which is currently the talk of the town, after they announced their 100M$ new line of credit during Winston Baker Film Finance Forum.

For both heads of Cannes and AFM Markets this was the last "official" Cannes in office. Both had announced a new stage in their life and carreer as they depart their position after their 2022 edition.

Bruno Chatelin filmfestivals.com founder and Jon Gosier FilmHedge Founder and CEO hosted a warm reception with a climax when Jerôme and Jonathan received a tribute to their unique contribution to the industry. 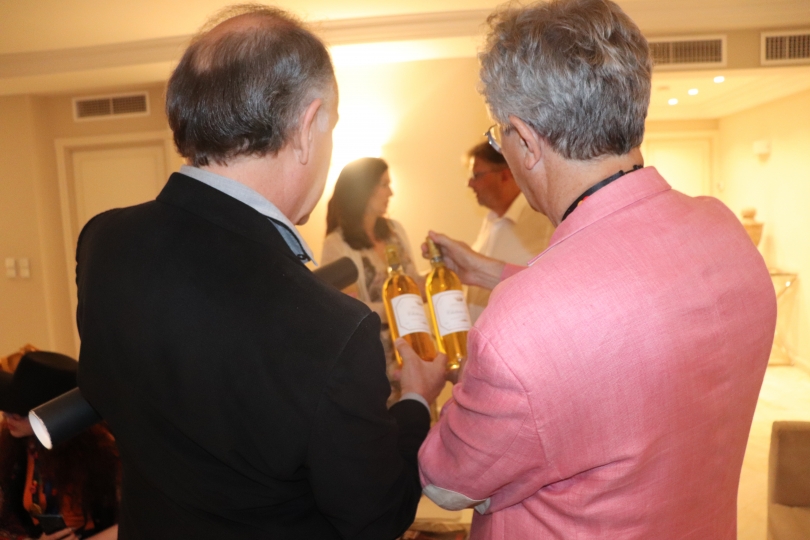 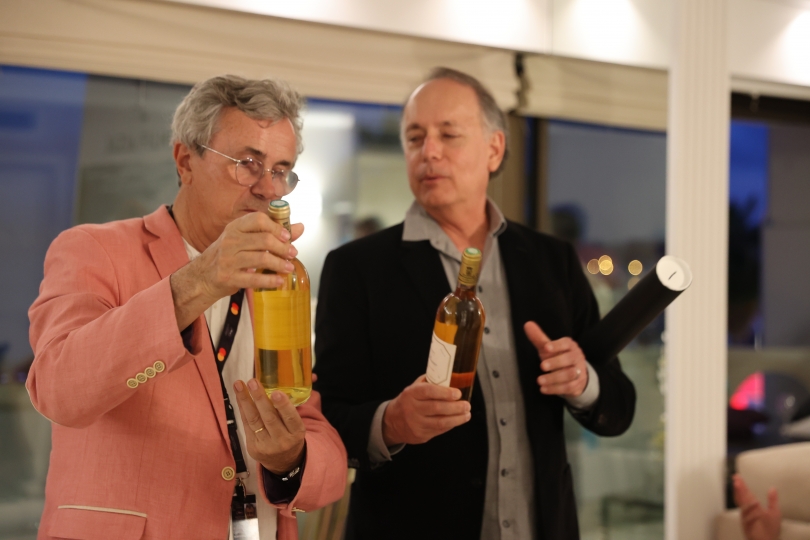 The first one was a bottle of CHATEAU BRUNO, "just to make you think of us when you next drink this special bottle of Graves de Vayre" quoted Bruno.

The second one, a one sheet art poster : a spectacular rendering of this year's Cannes poster, interpreted for the occasion by local french street artist PAB.
Notably the art questionned on top of the poster "your last Canne s?" We believe everyone knows the answer to that question as we know we will continue to meet them on the festival circuit.

A big THANK YOU to those who could join us in saluting Jonathan and Jérôme during such a busy Cannes. Looking forward to seeing everyone next year. 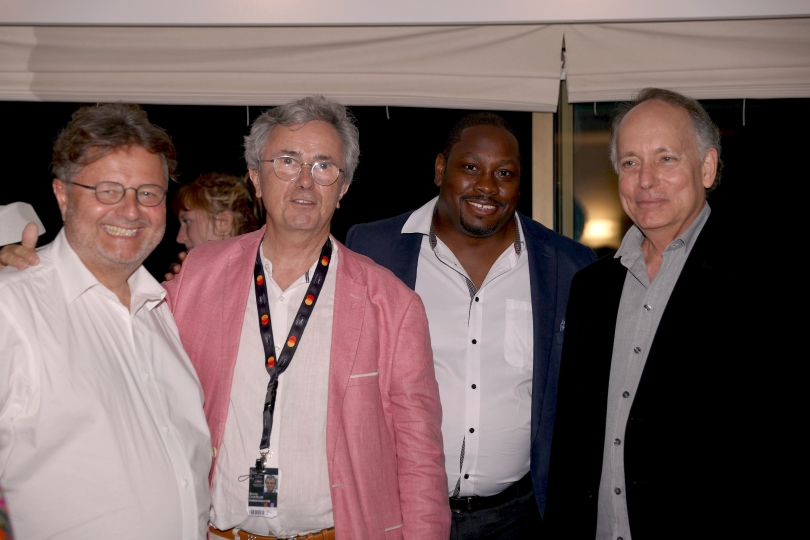 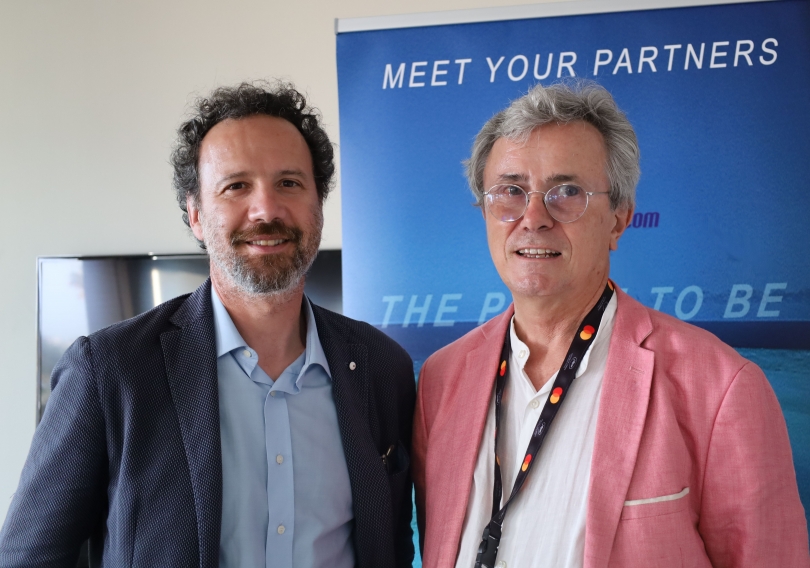 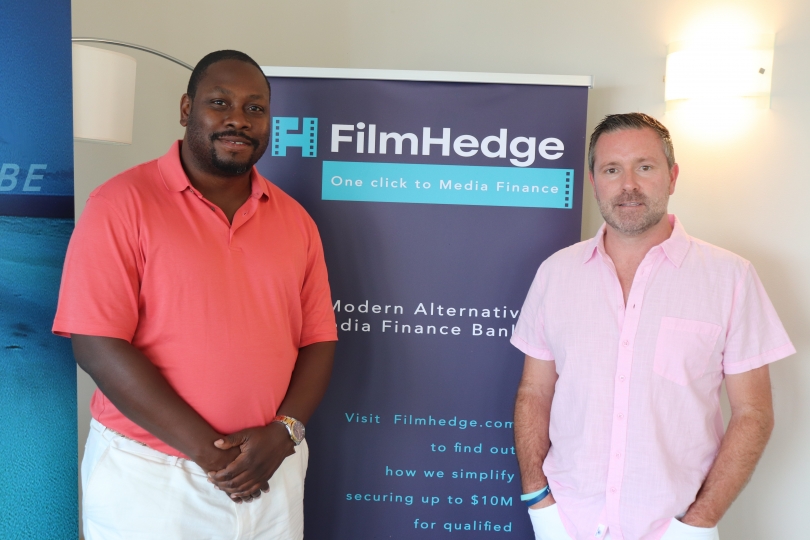